How do you check those surges? 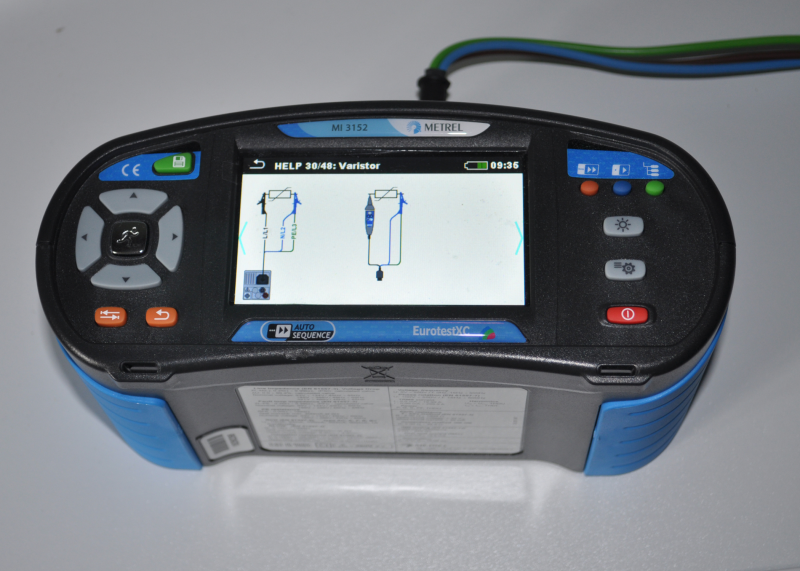 “At a recent exhibition, having a coffee, I shared the table with an electrical engineer when he looked across at a stand and asked me, how do you test them, then?” said Brendan Beaver manager of Metrel UK, the supplier of innovative test solutions.

“At first I was unsure what he was talking about, but realised we were looking straight at a stand displaying and selling Surge Protection Devices (SPD). He went on to say “if RCDs can fail out of the box, and they do, that’s why we test them, so can surge protectors! Of course there is the indicator panel, but things go wrong in manufacture, the wrong components supplied or the machine badly set. The 18th Edition drives us to fit these things now, but at the end of the day, I am responsible should a device I fit fail to operate during some overvoltage event. There seems no way I can protect myself from big claims down the line.”

Brendan went on to say “I sympathised with him but pointed out that Metrel multi-function testers have offered a SPD function test for many years. It is a very simple two-wire test using the Insulation Resistance test functionality.”

“The test is started by going to insulation test menu; connections are made from the Metrel tester to either side of the SPD whose performance is to be confirmed. If there is any doubt over the connection there is a HELP screen accessed by pressing the large ‘?’ button.”

“Once the test commences the DC insulation test voltage is ramped up gradually until there is a leakage current of 1 mA detected. The DC “breakdown” voltage is then measured and displayed along with its calculated AC equivalent. This value can be stored with all the other test data on the tester and downloaded for archiving against that rainy day”.

“This Metrel facility just hasn’t been spoken about until recently because the installation of surge protection was relatively unusual until the 17th Edition Amendment 1 promoted it in contractors’ thoughts.”

“SPDs and their installation have been brought to further prominence with the advent of the 18th Edition and its Regulation 443.4 requiring that protection against transient over-voltages is provided where the consequence caused by over-voltage could result in serious injury, etc. except for single dwelling units where the total value of the installation and equipment does not justify such protection. To make the decision not to install surge protection a risk assessment needs to be done; if is not an SPD should be fitted.”

“What is not explained is how such SPDs should be tested to confirm its operation on installation or further down the installations condition report life.  Given that they are so easy to test and the consequences of failure are so serious, this seems an error of judgement. Or is it simply a testament to the influence that some parties have on the drafting committee.”

“Going back to my acquaintance and my cup of coffee, there has been not technical limitation to the testing of SPDs for the last twelve plus years; the only limitation has been the electrical engineer’s choice of test equipment. As more and more devices are installed the likelihood failure is more probable, and as customers increase the amount of electronic goods they have connected in their homes and offices, so is the cost of failure”

“It’s not worth being the guy who sets the legal precedent, it’s expensive, time consuming and worrying. Test SPDs on installation and during inspection and be sure to record the result if nowhere else in the comments on the cert.”

Metrel machines have a range of additional useful test functions that you don’t normally find on multi-function testers, such as voltage drop and power quality. One of the most useful of these additional tests is the ability, with the aid of an adapter to functionally and electrically test electrical vehicle supply equipment thoroughly. And they cost the same as ordinary testers.

Starline, a brand of Legrand, is a global leader in customizable power distribution solutions