This year marks the 120th anniversary of the London School of Economics and Political Science (LSE), one of the foremost social science universities in the world. The specialist university has an international intake, with a cosmopolitan student body made up of approximately 9,500 full time students from over 140 countries. LSE’s influential network of alumni spans the world and some of the most well-known former students include Mick Jagger, Sir David Attenborough and John.F.Kennedy.

The university provides a broad range of academic and support services to its students, from its main London campus, located in Houghton Street, off Aldwych, right in the centre of the capital. The School has been based at its current site since 1902, with King George V laying the foundation stone of the Old Building in 1920. In addition to the main campus, there are more than 4,000 places for LSE students in halls of residence dotted across London.

The age of the campus demands an extensive maintenance programme to ensure the structure and the internal systems within the properties meet the School’s stringent safety standards. One of the biggest focuses in recent years has been the upgrade of a number of the site’s fire detection and alarm (FD&A) systems. LSE’s Estates team are working closely with Bedfordshire-based fire protection company, Fire Facilities Management, who look after the maintenance contract for all of the main campus buildings and the students’ halls of residence, and upgrade several of the existing FD&A systems.

A phased development programme has been put in place, with the incumbent systems being replaced by the latest technology from fire industry experts, Gent by Honeywell. Fire Facilities Management is part of the Gent 24 network of Approved System Integrators, independent fire specialist companies who have been selected, trained and approved based on their extensive capabilities and considerable experience in the fire industry.

Mark Reeves, director, Fire Facilities Management said: “Some of the upgrades on the main campus have taken place during the last two years and, more recently, one of the school’s halls of residence had its old closed protocol system upgraded to an analogue addressable Gent system.

“In the halls of residence, the fire alarm and detection systems have to be more invasive in terms of coverage, as they are occupied consistently by students or guests. The LSE team specified the Gent solution in their brief as they are very happy with its ongoing performance on campus and wanted the most robust and reliable form of detection in the halls as well.”

The residence, Carr Saunders Hall, for example, is located just off Tottenham Court Road and near Regent’s Park, and accommodates up to 160 students across its 10 twin rooms with shared bathrooms, four twin en-suite rooms and 132 single rooms. The analogue addressable Gent system installed comprised of a Vigilon Control panel with the S-Quad devices.

“Due to the nature of the building, the FD&A system has to minimise the occurrence of false alarms. The best remedy for this is to select a system that can provide the early and accurate detection, such as the multi-sensor S-Quad technologies that Gent provides. The S-Quad devices installed are multifunctional, combining a multi-sensor, speech, sounder and visual alarm into one device – so they can also cut down on the number of overall devices in the building,” said Reeves.

The specific requirement for the student accommodation was to use the combined devices to minimise false alarms, a crucial element is to have the correct decibel levels in the rooms occupied by students and guests, which involved a number of tests being carried out.

Reeves concluded: “The main challenge with the Carr Saunders Hall project was installing the system when the rooms are in constant use. We had to work within a very tight time frame. Fortunately we were able to complete the installation within two weeks as the cables were already in place from the original system.”

The phased programme to upgrade the systems at LSE is ongoing, part of a university wide strategy to invest in the School building life safety system and install the Gent systems. Campus properties that have already been installed with the latest systems include the NAB building and 32 Lincoln’s Inn Fields. The Lionel Robins building is used mainly as the central school library, and work is currently being carried out to remove the existing EMS system and install a brand new fixed wire Gent solution. There are also other major projects in the pipeline during the next two to three years, including the requirement for installation in two brand new buildings located on the campus. 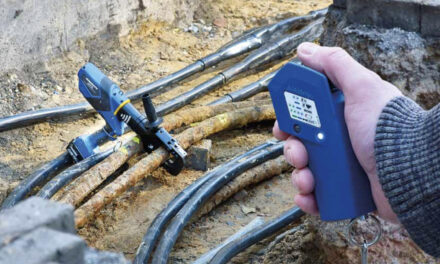 Fire risk assessment under the spotlight