EV technology has grown at an enormous rate over recent years. The UK is banning the sale of new petrol and diesel cars, therefore, there is going to be more focus on the development of electric cars and their batteries. 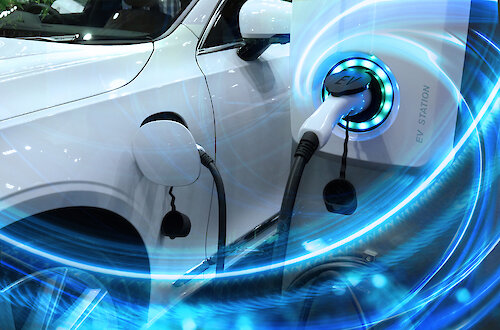 With advances in technology, EVs available nowadays are already one step ahead of conventional IC cars in terms of performance and efficiency. With such capabilities, researchers are still relentlessly working on current aspects of EVs to make them more affordable, practical, and desirable.

As with standard cars, one of the most crucial elements is their engine, and improving performance. This is why the battery is so important to electric cars.

Although lithium-ion batteries are being used in the present electric cars, nothing can be truly said about its future. With each charging cycle, it degrades and loses its capacity. Thereby making it non-efficient for the longer run, which also affects the mileage and performance of the electric vehicle. Moreover, manufacturing lithium-ion batteries involves the extraction of lithium from brine in countries like Australia, Chile, Congo, etc.

What Are the Future Alternatives?

To create a significant balance, there must be some more alternatives in electric batteries that would be cheaper, durable, long-lasting, and efficient. Keeping in mind the environmental and geopolitical issues. We shall see some alternatives which can be the future for electric car batteries.

It oxidizes lithium at the anode and reduces oxygen at the cathode to form LiO2, which generates the energy. It is lighter in weight, availability and budget, has more storage capacity and is up to 10 times more power-efficient than traditional lithium-ion batteries. Though in the experimental stage, it can become the fuel for cars and the aviation industry moving towards electric mobility.

It uses lithium and sulfur sourced from industrial waste and is lightweight (approximately 7 times more efficient than lithium-ion battery). It oxidizes lithium at the anode and sulfur at the cathode. The problem is that with sulfur being a bad conductor of electricity, it can block actively charged carbon atoms in a cathode, which results in shuttling, which causes the battery to drain when not in use. Graphene as a nanoparticle sheet can be a possible solution for this as it can act as a scaffold when lithium deposits which prevent swelling and bursting of batteries.

It uses a solid electrolyte which also acts as a separator. The solid electrolyte uses polymer and ceramics. The main advantage is that the electrons are fully used in the system other than charging and discharging as electrons travel through a circuit and power whatever it is the connection created. It is safer at battery levels and has more shelf life than other batteries, which allows it to charge faster and sustain it for longer periods. Bentley has already started this in its prototype electric cars.

It is simplest in terms of structure. Both anode and cathode are made of carbon with an organic electrolyte solution such as lithium salts for ion currents. It would be cheaper in terms of materials, safer as it has thermal stability. The battery won’t heat up during charging and discharging, which reduces the cost of cooling systems and catalysts. It can also be discharged completely without harming the main product. Moreover, it boasts of being about 20 times more efficient in terms of charging and durability, which can power vehicles for long distances.

When considering how to expand EV charging infrastructure in the UK, the number of potential strategies and technologies seem impossibly varied. However, it is clear that a multitude of factors are on track to align so that consumer demand for zero-emissions vehicles will precipitate into the all-important “critical mass”. Recovery from the coronavirus pandemic also presents an opportunity for a “green recovery” in the form of increased development of and investment in low carbon technologies, such as EVs and associated charging infrastructure.

Leading the way in intelligent transport

Beyond Storage demonstrate a safer way to keep equipment