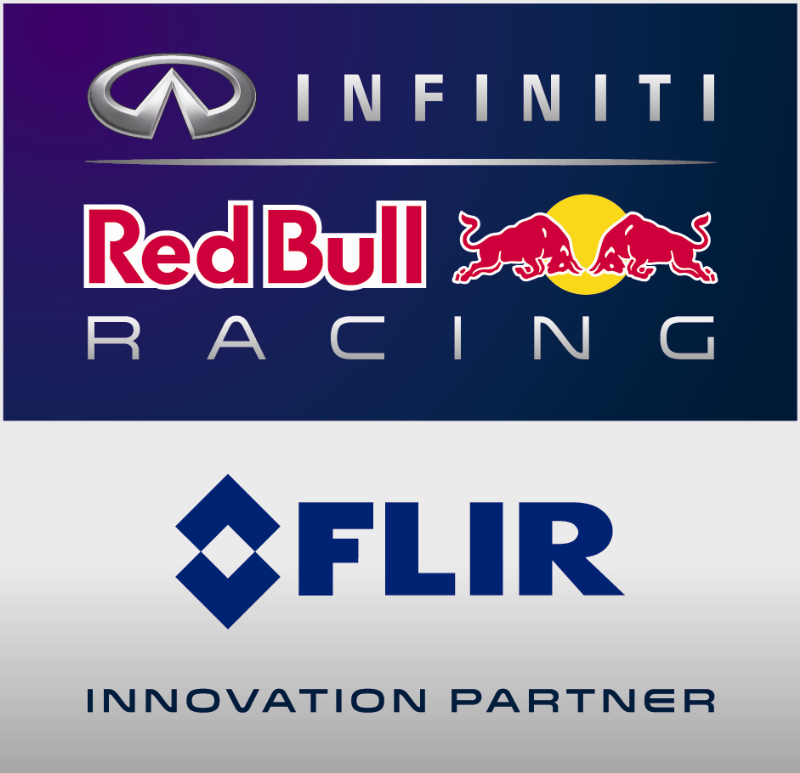 In the partnership, FLIR will develop solutions using miniature thermal cameras to provide the Infiniti Red Bull Racing team with unique insights into the thermal characteristics of their cars’ components and operations.

The introduction of 1.6 liter V6 Turbocharged engines with dual energy recovery systems has presented significant cooling challenges for all Formula One teams in 2014. Managing car temperatures effectively will be a key aspect of ensuring reliability, a factor which is expected to play a significant role in determining the outcome of this season. Commenting on the collaboration, Christian Horner, team principal of Infiniti Red Bull Racing, said “This year sees the most fundamental changes to Formula One in well over a decade. The team which is most efficient in gathering the relevant data, learning effectively, and adapting accordingly will be the one which triumphs in this season of transition. The insights which FLIR technology can give us will be critical to our understanding of the new car and could give us a key edge over our rivals”.

Thermal imaging has become a vital tool for controlling thermal management and tire performance. FLIR’s background in designing and building military-grade hardware will be a crucial factor in making this technology work in the harsh environments seen on modern Formula One racing.

“This partnership comes at an exciting time for FLIR,” said Andy Teich, president and CEO of FLIR. “With the launch of our revolutionary Lepton thermal micro-camera, we see numerous applications for thermal technology in the racing world. Also, as we are launching several new consumer oriented products with this technology, we look forward to the broad awareness this relationship will bring. We are thrilled to align the FLIR brand and technology with the Infinity Red Bull team.”