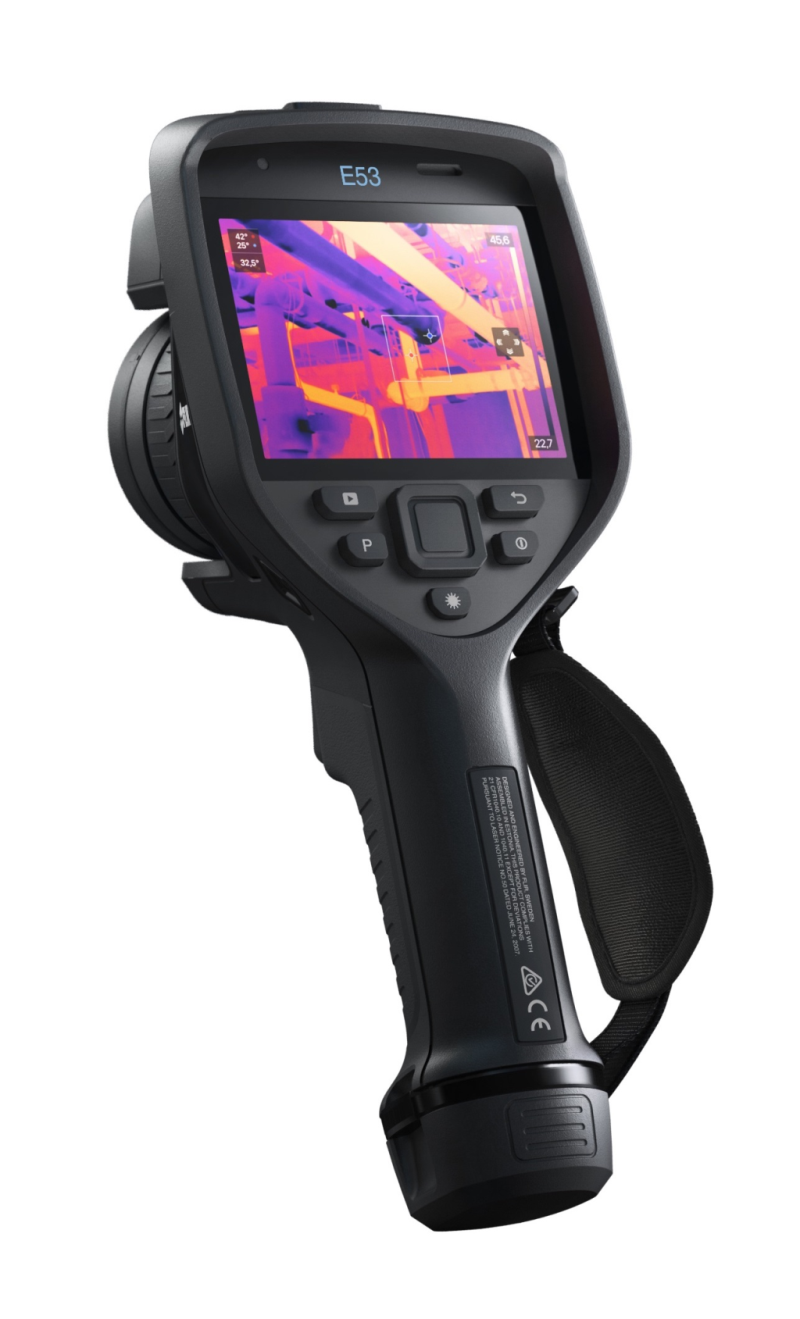 FLIR Systems has released the FLIR E53 – the latest addition to the Exx-Series of advanced thermal imaging cameras for electrical, mechanical, and building applications. This camera is an entry-level model in the Exx-Series, but offers the same image clarity, measurement accuracy, and many of the robust features as other models in the Exx lineup. The E53 brings advanced thermal imaging within the reach of many more service professionals and contractors, who need these cameras to identify hot spots or building deficiencies before they lead to expensive repairs.

The FLIR E53 features a brilliant 4-inch touchscreen with a 160-degree viewing angle, to ensure users always have a clear view of the thermal image from any angle. Like the other Exx-Series models, the E53 offers significant improvements to FLIR’s MSX technology, utilizing a 5-megapixel visual camera for improved image clarity, perspective, and readability. The E53’s 240×180 resolution detector offers more than 43,000 points of temperature measurement and a high temperature range up to 1200°F (650°C).

FLIR built the E53 with a rugged, water-resistant design to ensure it can withstand the tough environments technicians and contractors face every day. An agile user interface delivers intuitive operation and useful features such as 1-Touch Level/Span, which allows the user to improve contrast on their target just by touching the screen. When coupled with enhanced Wi-Fi, METERLiNK® connectivity, and customizable work folders, archiving and report generation has never been easier.

“With the FLIR E53, we’re making our Exx-Series line of advanced handheld cameras more accessible to industry professionals who access to this type of technology – the World’s Sixth Sense – but thought it was out of reach,” said Rickard Lindvall, General Manager of Instruments at FLIR. “It offers the resolution, sensitivity, and reporting tools they need to be able to quickly and accurately diagnose problems, and prove they’ve made the repairs.”