End of the line for copper cable thieves 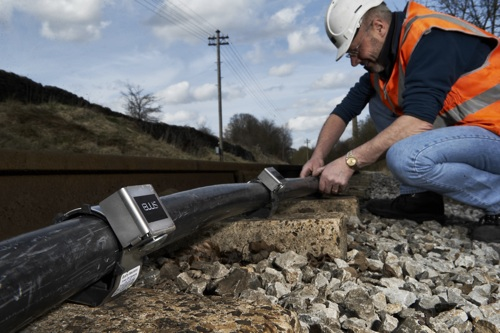 Reports earlier this month highlighted a dramatic reduction in the incidents of copper cable thefts from UK railways, and now cable cleat manufacturer, Ellis, claims to have developed a means of completely eradicating the problem.

At its peak, cable theft was estimated to cost the UK economy £770m per annum. And even now, after a major crack down by the British Transport Police (BTP), which has been aided by £5m of Home Office funding, there were 2,700 hours of delays and compensation payments of over £12.7m in the 12 months to April 2013.

North Yorkshire-based Ellis has designed and developed a tamper-proof cleat that its managing director, Richard Shaw says will stop thieves in their tracks.

“The biggest issue with this crime is the ease and speed with which thieves are able to disconnect and remove long lengths of copper cable,” he said.

“The BTP action has aimed to cut off the route to market by banning cash payments by scrap metal dealers in England and Wales and increasing fines for offences under the Scrap Metal Dealers Act, but while the crime remains relatively simple the problem will remain.”

Ellis’ tamper-proof cable cleat is designed to make removing copper cables nigh-on impossible. Its box design makes the job of detaching the cleat from the cable it is securing laborious and time consuming, while the requirement to fit the cleats at regular intervals along cable lengths means thieves will simply not have the time to remove cables before the police arrive.

“Quite often the best solution to a problem is the simplest and our tamper-proof cleat is certainly a simple, but effective deterrent,” added Shaw.

“By delivering a great level of security, both in terms of the strength and number of the fixings, we are confident that it will help bring an end to copper cable theft.”