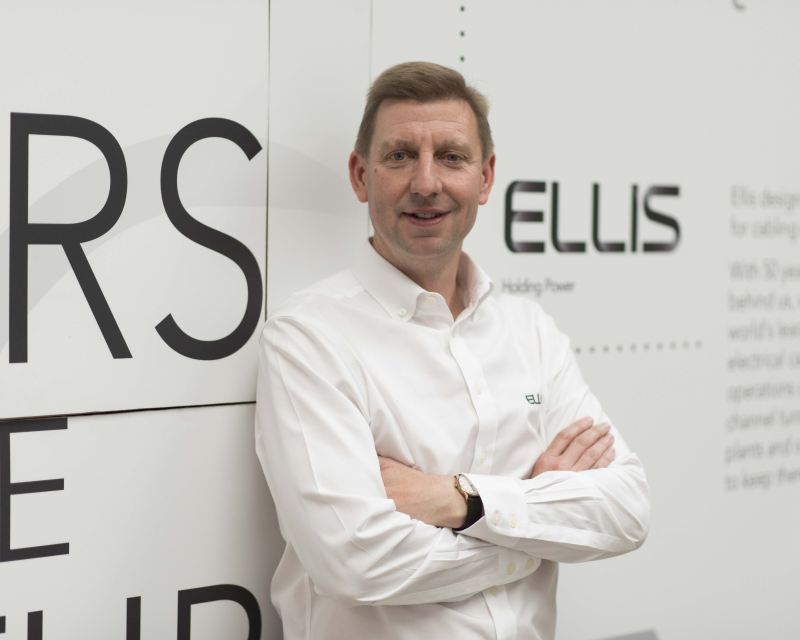 The world’s leading cable cleat manufacturer, Ellis has demonstrated the extent of the in-roads it has made into the Latin American market by securing its very first export order from Colombia.

Tony Conroy, Ellis’ export sales director, said: “With most export specification news we tend to focus primarily on the details of the order, but in this instance it’s the fact that we’ve secured the order that commands the headline – the reason being that in Colombia we needed to create a market for cable cleats rather than simply trying to sell our products into an existing one.”

In order to achieve this, Ellis, which began exporting to Brazil in 2009 and started targeting other Spanish-speaking Latin American countries three-years later, needed to convince a sceptical local market of the benefits of using cable cleats to secure power cables.

“Colombia is home to some of Latin America’s most important energy companies,” added Tony. “And while raising standards and a focus on innovation have always ranked highly, cable cleats haven’t – therefore our job was far more difficult than it would be entering a new market where cable cleats are already a well-established element of every electrical specification.”

What this meant in practice is that as well as identifying the right distribution partner, and becoming familiar with the Colombian market, Ellis needed to adapt its sales approach to incorporate back-to-basics information about cleats and their purpose.

“It’s been a while since I’ve had to demonstrate the difference between what happens to properly cleated electrical cables in a short-circuit situation and those that are loosely, if at all, secured in a sales presentation, but it is still as effective a sales tool as ever,” continued Tony.

As well as Colombia, Ellis is now selling successfully in Brazil, Chile and Venezuela, and has distributors in Brazil, Chile, Peru, Colombia, Uruguay, Panama and Costa Rica. The company is represented in the region by Uruguay-based business development manager, Gabriela Castro-Fontoura.

“In some markets we are comfortable handling the development of export markets from Rillington, but when it came to Latin America it was immediately apparent we needed an Ellis representative working on our behalf. Gabriela has proved invaluable in adding Latin America to our ever growing list of export success stories.”

C.K Set to Light up CEF Live in June