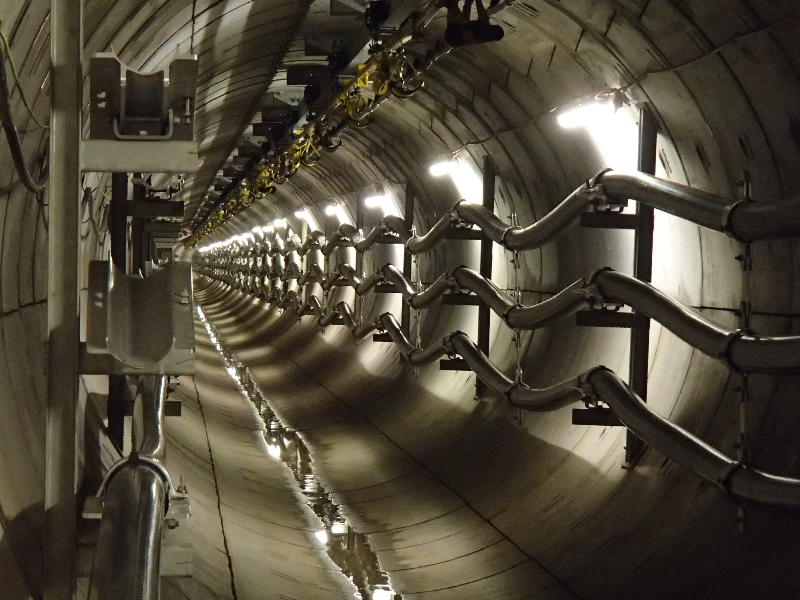 Centaur cable saddles and accessories manufactured by Ellis have begun to be installed in National Grid’s London Power Tunnels project.

The cable saddles, which are being used to secure high voltage (HV) cables throughout 32km of tunnels under London, were specified in 2012 in a record £1.5million order for the Yorkshire-based cable cleat manufacturer.

Richard Shaw, managing director of Ellis, said: “While it’s always great to secure a new specification, especially such a large one, it’s even more rewarding seeing the product installed and being used for the purpose for which it was designed.”

In the case of the London Power Tunnels, Ellis secured the specification from S?dkabel – the German manufacturers of the cables being installed in the National Grid tunnels – as a result of a design that saw them deliver a product that overcame a serious safety issue surrounding the restraint of HV cables up to 400kV with a diameter range of 100 to 160mm.

“At the time we designed Centaur neither the British nor European Standards took into account cleats on HV cables of this size,” explained Richard. “This meant those specifying for such jobs were very much in the hands of the manufacturers, who in most cases simply provided warranties for their products.”

“The problem with this was that none of the products available had been short circuit tested, and so the warranties were based purely on calculations and mechanical tests. As such there was no proof the saddle cleats being used would withstand the most testing elements of the job they’d been specified for.”

Before launch, Ellis put its new heavy-duty extruded aluminium product through the most rigorous of testing procedures. Using cable manufactured by ABB in Sweden, the company shipped the Centaur cable saddles and ABB cable to the Netherlands where they were tested to 163 kA peak and 63 kA RMS for one second, in both 3 phase and phase to phase fault scenarios.

“We invested well over £100,000 in designing, developing, testing and bringing Centaur to market,” added Richard. “At the time this was the largest amount we’d ever invested in one new product, but we did so with confidence that it had the potential to solve a major safety issue and fill a gap in a growing market sector – a confidence that was quickly proven to be well-placed.”