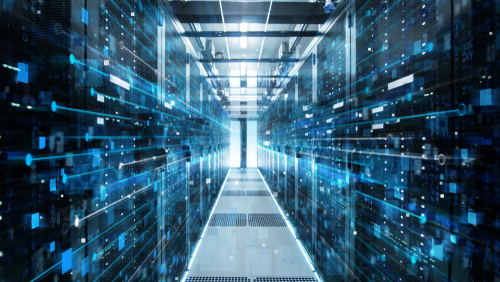 AMD has just announced a new design win with Lenovo and Nikhef, the Dutch National Institute for Subatomic Physics. Nikhef is dedicating its new and freshly installed compute cluster, currently in its test phase, to calculation efforts to fight COVID-19. Normally used for calculations on particle physics and gravitational waves, the data centre in Amsterdam, The Netherlands, is offering compute power to the University of Washington’s Rosetta@home project, which is trying to unravel the underlying protein structure with massive calculation nodes.

The Lenovo ThinkSystem SR655 based DC-extension has been installed to prepare for the increasing data streams coming from CERN, the European Organisation for Nuclear Research, where the Large Hadron Collider particle accelerator is predicted to produce ten times the current volume of data. In the last week, a total of four racks have been delivered and installed, including more than 3800 AMD EPYC compute cores and 31 terabytes of memory.

Nikhef is already testing the required computer infrastructure for the future data stream, supplying computing power to the Dutch National e-Infrastructure. The new computing capacity will be made available during those tests in an annual ‘stampede’ by Dutch Power Cows, a team of ICT platform ‘tweakers’ that bundles distributed computing power for specific global projects. Amid the current pandemic, the team aims to contribute to research into the molecular structures of the coronavirus.

The new cluster builds announced this week follow the original deal with Nikhef last year, which announced expansion of its data centre with a cluster of Dell EMC PowerEdge R6415 servers powered by AMD EPYC. The Institute contributes to the creation of future technologies, with particle physics playing a key role in the development of the internet, GPS navigation, advanced sensor technology and medical imaging techniques.

The announcement comes as AMD reveals recent plans with Lawrence Livermore National Laboratory and Penguin Computing in the US to upgrade the Lab’s unclassified, Corona high performance computing (HPC) cluster to aid COVID-19 research. The Corona system will be used by the COVID-19 HPC Consortium, a US public-private partnership that is providing free computing time and resources to scientists around the country engaged in the fight against COVID-19, and by LLNL researchers.