Could the energy revolution be derailed by non-compliant cable? 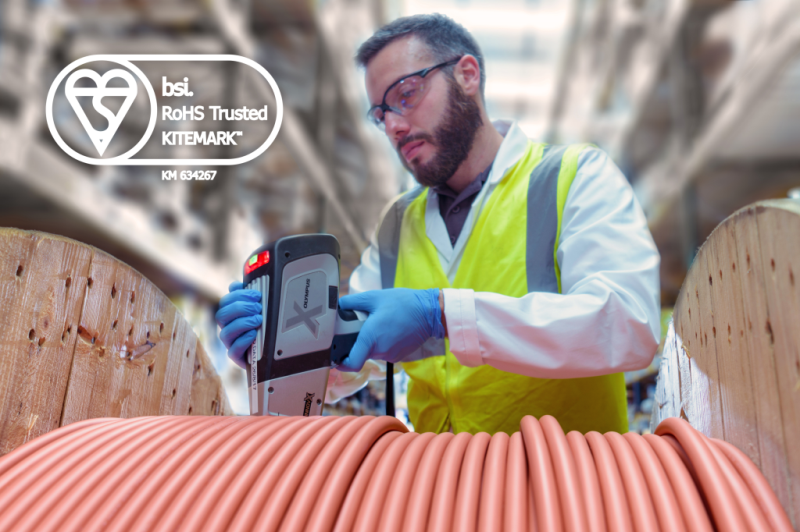 The UK energy sector – and by extension our whole society – is on the cusp of a major revolution. But as rockstar technologists and top engineers set about designing the smart systems and next-generation renewable technologies that will power the future, are we neglecting the humble cable? By Jean-Sebastien Pelland, managing director, Eland Cables.

Cables are at the core of all things energy, from microgrids to battery storage technology, and will support every part of the imminent energy revolution.

It’s not an exaggeration to say that the success of the energy revolution will depend on the quality of cable that underpins it. Which would – which should – be fine.

But while there are British, European and international standards to define our cable construction and performance, as well as clear rules for compliance, it is estimated that up to 20% of all cables in the UK are either sub-standard, counterfeit or non-approved.

For a project, sub-standard cable can result in downtime, reliability issues and ballooning maintenance costs at best and major safety hazards at worst, as well as potential environmental damage. It’s clear that to ensure the safety and success of the energy revolution, developers and engineers must be vigilant and take a far more proactive stance to cabling to ensure only compliant products are installed for use.

Cable manufacture is now limited in the UK. The bulk of manufacturers of British and European standard cables are based in countries such as Italy, Spain, Portugal and Turkey. There is nothing wrong with this in itself, but policing standards and regulations can be harder from afar.

Rightly or wrongly, the buck ultimately stops with the company that buys and installs the cable. If something goes wrong, there’s scant consolation that the wool was pulled over your eyes by non-compliant cable. Simply put, regulation and compliance standards are not always closely enough observed to count on.

So what to do? No control system is ever perfect, but there are a few things site engineers, developers, and installers can do to minimise the risk of substandard or non-compliant cable:

Look into the supplier’s supply chain

This information shouldn’t be hard to get from the supplier and is basic due diligence for any project. It’s important they are tracking their products and – ideally – testing them with their own or third-party cable testing facilities. If this information isn’t forthcoming, walk away.

Check for the appropriate markings

It’s not fool proof – small changes, a testing mistake, or fraudulent behaviour might see a bad cable stamped with all the right things. However, it’s a basic and easy check that is all too often overlooked.

High quality suppliers will proudly display their ISO, British Standards Institute (BSI) and UKAS accreditations. If the supplier offering the best (cheapest) deal doesn’t do the same, it’s worth wondering why. In addition to these reputable industry accreditations there are also internationally-recognised marks such as the BSI RoHS Trusted Kitemark which pinpoint organisations who can assure quality and compliance.

As the energy sector revolution approaches, there will be a lot to take into account. Making sure your cables are up to task will be as good a start as any.