Control system goes with the flow 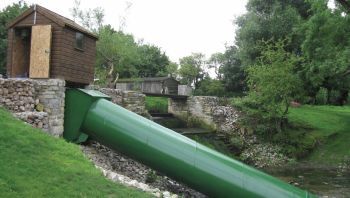 Screw generating manufacturer, Spans Babcock, approached TAS to help design a control system that could incorporate one of its generators to produce electricity at a river location near Glastonbury.

The solution was to install a Siemens MP277 HMI running with the WinAC MP soft PLC system which helps manage the day to day operation of a 11kW screw generator. The generator uses the hydraulic power created by a head drop in the river at a weir point to operate an Archimedean screw attached to a motor which, when rotated, generates electricity.

With total cost a real consideration in the overall design of the control system, a number of alternative systems were examined. In the end the WinAC MP277 was selected.

Benefits of the system include simple implementation with no added requirements for multiple systems such as data loggers or complicated communications protocol converters. Other advantages include power monitoring without the added expense of large I/O modules, downloadable historic trending accessed via web-based functionality, and remote connectivity which is helpful given the river location of the generator.

The electricity that is generated as a result of the system is primarily used as an energy source to power the home of the client. However, at times of heavy rain fall, and subsequent greater river flow, any power not consumed by the client is transported to the National Grid.

All power generated by this application is monitored by the regional electricity supplier and is bought by the client per kW at a rate dependent upon the applicable tariff. With the screw generator now fully operational on-site, it is currently helping to produce between 1.5kW (under low conditions), and 13kW under high flow. 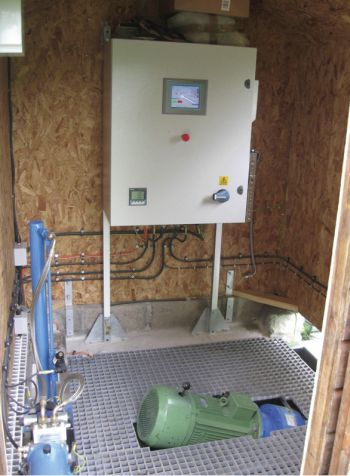 Robert Iwanuschak, TAS, commented, “The alternative to the WinAC MP277 control system was basically low cost and not suited to this type of unusual application, especially as it wasn’t robust enough. It also didn’t provide the essential functionality required by our customer, especially around historical trending and remote communications links.

The system we have developed with Siemens is modular in nature so is essentially easier to maintain, as well as offering the ability to expand so it can be developed specifically to the needs of the client without a major re-design. At a time when the search for deliverable renewable energy solutions is becoming more important than ever, this is a perfect example of how power generation can be easily harvested and controlled.”

The remote access capability built into the control system of the screw generator control system at the river site means that it can be monitored and controlled from any location, so if the generator isn’t running due to a shutdown scenario it can be re-set and the electricity production commenced once more without having to visit the site.

TAS believe the system offers real value for money with the generator delivering a payback over a six to ten year period, set in the context of an operational lifespan estimated at 40 years.

Making the grade: how to measure building intelligence