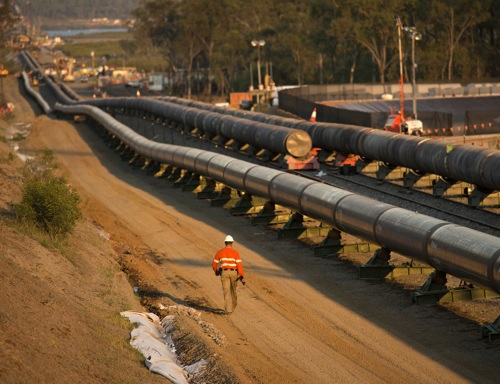 Emperor cable cleats from North Yorkshire manufacturer, Ellis, have been specified for use in a project aimed at converting coal seam gas into liquefied natural gas (LNG) in the Australian state of Queensland.

BG Group’s Queensland Curtis LNG is on track to be the first project in the world to convert natural gas from coal seams into LNG, in 2014. Expected to boost Queensland’s economy by A$32bn, the project involves about 6,000 wells, the expansion of gas production in the Surat Basin of southern Queensland, construction of a 540km pipeline network to Gladstone and the building of a plant to liquefy the gas on Curtis Island, Gladstone.

Ellis Emperor cable cleats were specified by Thiess Pty, which was engaged by to construct seven processing plants.

The reason for the specification, which was secured by Ellis’ Australian distributor, Sydney-based IPD Industrial Products, was down to the product’s capability to withstand possible 111kA peak system faults. Furthermore, the Emperor’s 316L stainless steel construction means it is ideal for use in the harsh Australian conditions.

Tony Conroy, Ellis’ export sales director, said, “Australia has a booming economy and a rich array of natural resources, a combination that means it is well established as one of our most important export markets.

“The size and scale of projects currently underway or in the pipeline is staggering and ensuring we are in the frame when they come along is a job that IPD excels in.”