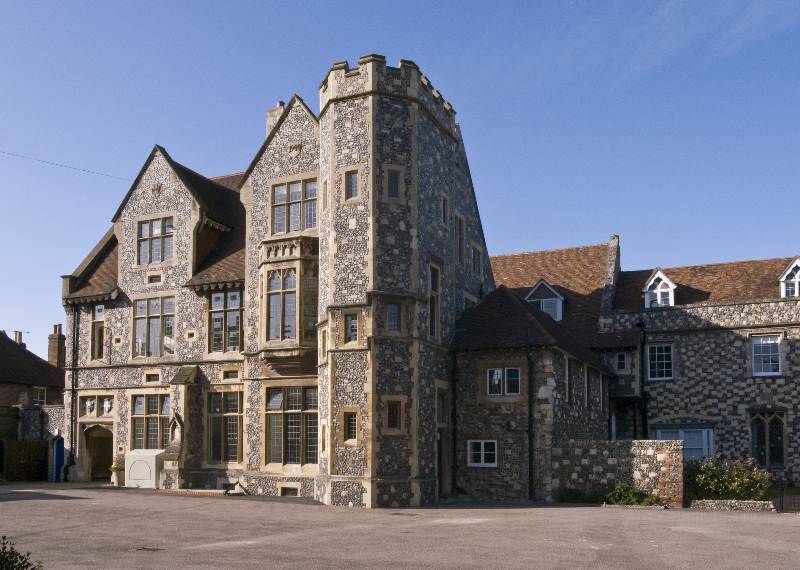 Apollo fire detection technology has been chosen to protect a historic school in Canterbury, Kent, which counts playwright Christopher Marlowe, astronaut Michael Foale and actor Orlando Bloom among its former pupils.
The Kings’ School is a co-educational independent school for both day and boarding pupils and sits in the grounds of Canterbury Cathedral. There are currently 821 pupils on The King’s School register, 75% of which are boarders. There are six boys’ boarding houses, six girls’ boarding houses and three day houses.
The tradition of education in Canterbury goes back to 597AD, when St Augustine arrived to evangelise England. The education provided by the monastic foundation, and by the ancient school of the City of Canterbury, was in 1541 made the responsibility of the new Cathedral Foundation of Henry VIII. He established within it 50 King’s Scholars as well as a Headmaster and Lower Master. Thanks to this core of King’s Scholars, the school came to be known as the King’s School.
The school is thought to be the oldest continually-operating school in the world and, as such, protecting property as well as life is of utmost importance to preserving this significant piece of educational history.
The Meister Omers building is one of the boys’ houses at The King’s School and is home to 49 pupils. The house, popularly known as MO, was built in the fifteenth century by Cardinal Beaufort and is shrouded in history. Edward IV held a Parliament in the house in 1470, Cardinal Coligny died there in suspicious circumstances in 1568, and the arms of Queen Elizabeth in the hall mark her visit in 1573.
To meet an ongoing refurbishment of all of the fire detection systems within the school, more than 150 Apollo XP95 units were recently installed throughout the Meister Omers building by Triangle Integrated Fire Systems. The level 1 system is supported by a Kentec Syncro AS control panel which monitors 16 zones on a single loop.
Speaking about the project, Terry Hailes, operations director for Triangle Integrated Fire Systems, said: “We’ve now worked on 14 different system installations at The King’s School over the past four years. All of these have been Apollo XP95 and Kentec Syncro systems with the exception of the original Chapel where Apollos Wireless XPander range was used as no drilling was allowed for cabling due to the building’s age.  For Triangle, the fact that Apollo offers open protocol systems which are forward and backward compatible is a big attraction to us specifying the products. Additionally, the fact that we’ve worked with Apollo for so many years also means that we know how reliable the systems are and that we’ll always have support from the technical team.”
Jez Albin, M & E manager at The King’s School, concluded: “The safety of pupils at The King’s School is the most important consideration for us, and the Apollo fire detection system provides peace of mind for staff and parents alike. We’ve had no problems with any of the Apollo systems installed by Triangle, and would choose them again in the future.”

Kentec vigilant at National Memorial to the Few

Mental health must be considered to boost workplace safety