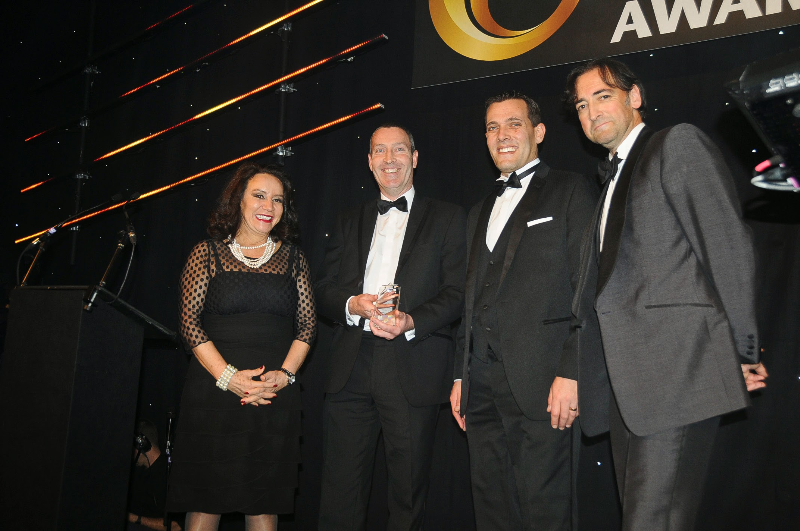 Independent fire detection manufacturer, Apollo Fire Detectors, is celebrating the recognition of one of its most high profile installations after winning the Fire Detection and Alarm Project of the year category at The IFSEC Security and Fire Excellence Awards 2014 last night (27th November 2014).

Now in their sixteenth year, the IFSEC Security and Fire Excellence Awards have consistently broken new ground in highlighting the very best people, projects and processes the UK’s fire and security sector has to offer. The Fire Detection and Alarm Project category acknowledged the most innovative and exciting fire detection or alarm installation of the year.  With this in mind, Apollo entered with its installation of Apollo Fire Detectors at one of the world’s most iconic buildings – London’s Tower Bridge.

The project, completed in conjunction with installer Firetecnics, saw the fire alarm systems in Tower Bridge’s public and private areas upgraded, replacing an outdated and damaged system which was becoming difficult and expensive to repair.  The new fire detection solution was also designed with the flexibility of allowing for any potential future refurbishments of the landmark building in mind.

A further approximately 50 wired devices were replaced with Apollo XPander wireless units, which can be taken down, re-installed and re-commissioned with ease. These wireless units were used to avoid unsightly cable runs and minimise penetration of the waterproof membrane in the vaulted ceilings of the historic museum.

Neil Taylor, sales and marketing director for Apollo, commented: “We are thrilled to win such a prestigious award.  As a British manufacturer, the opportunity to have our detectors installed within London Tower Bridge – a world-famous building recognised around the world – was an honour for our team.”

Raising the standard of fire detection