ABB, a global power and automation technology brand, has won an order worth about $450m to link the power grids of the United Kingdom and Norway, increasing security of power supply for both countries and supporting the integration of more renewable wind and hydroelectric power into their networks.

The order was placed by Statnett, the state-owned network operator in Norway, and National Grid, an international electricity and gas utility from the UK, and was booked in the third quarter of 2015.

ABB will supply high-voltage direct current (HVDC) converter stations at both ends of the North Sea Network (NSN) Link between Norway and the UK. This is the latest example of how ABB is facilitating critical transmission links to create additional transmission capacity for trading of electricity to enhance energy security and boost renewables. ABB was recently also awarded the NordLink project, a 1,400 megawatt (MW) interconnection rated at ±525 kilovolt (kV) to connect Norway and Germany.

“We are very pleased to be working with Statnett and National Grid to support the integration of the European energy market,” said ABB chief executive officer Ulrich Spiesshofer. “HVDC is a core technology pioneered by ABB and a key business focus in our Next Level strategy. This success also underlines that our Power Systems division is making solid progress on its return to profitable and sustainable growth.”

The NSN link will have the capacity to transmit 1,400 MW of power passing through Norwegian and British waters. The 730 kilometer link will be the world’s longest subsea power interconnection, expected to enter commercial operation in 2021.

When wind power generation is high and electricity demand low in the UK, power will flow via the link to Norway, allowing it to conserve water in its reservoirs. When demand is high in the UK but the wind isn’t blowing, electricity from Norway’s hydroelectric plants will flow to the UK.

As part of the order, ABB will design, engineer, supply and commission two ±525 kV, 1,400 MW converter stations, using its Voltage Source Converter (VSC) technology, called HVDC Light. One station will be situated in Blyth, UK and one in Kvilldal, Norway.

“HVDC is a proven solution for the integration of renewables and the reliable and efficient long distance transmission of power, often subsea or underground” said Claudio Facchin, president, ABB Power Systems division. ”This project is the 18th HVDC cross-border interconnection to be executed by ABB in Europe and we are pleased to play our part in enabling a more integrated European energy network.”

ABB has been awarded around 100 HVDC projects since it pioneered HVDC technology more than 60 years ago, representing a total installed capacity of more than 120,000 MW and accounting for about half the global installed base. ABB introduced voltage source converter (VSC) HVDC Light technology in the 1990s and is a global leader in this field, having delivered 15 of the 21 VSC projects presently in commercial operation around the world. The NSN link is the fifth significant HVDC Light order awarded to ABB during the last year.

Raising the roof for the Dickinson family

Trade workers are some of the UK’s happiest 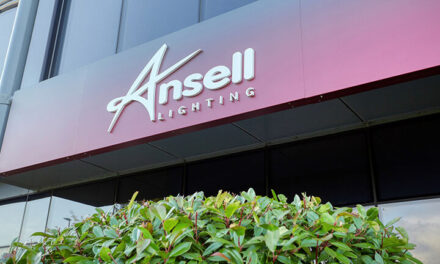