A ‘Do’ Tank for manufacturing launched at British Industrial Entrepreneurship Summit 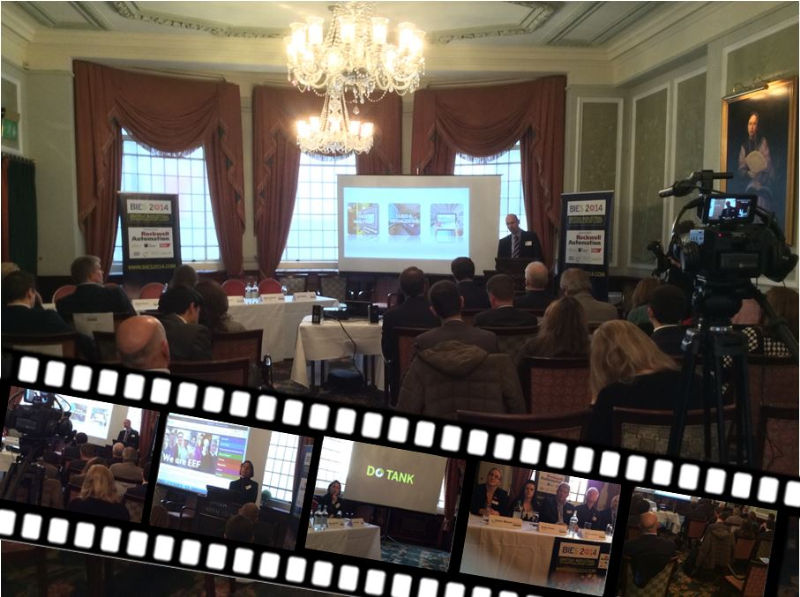 The first British Industrial Entrepreneurship Summit held 19th November 2014 in London, brought together global brands, young inventive engineers, SME manufacturers, leading industry spokespeople and journalists along with representatives from academic institutions and students to understand together how to boost British manufacturing and engineering.

Sponsored by Rockwell Automation, the world’s largest company dedicated to automation, delegates heard from chief economist at EEF, Lee Hopley and IMechE’s head of engineering in society, Dr Helen Meese who presented alongside two established engineering SME’s and a young female entrepreneur who invented a new product at school and taking it on to build a successful business. Attitudes to Industry research from organisers Cadence Innovation Marketing showed that not enough students saw the value of STEM in later life along with changed attitudes to women in engineering.

Mark Daniels, European market development manager at Rockwell Automation addressed the interests of SME manufacturers present by demonstrating the importance of exploiting  the industrial Internet of Things in process and information systems while Young Engineer 2006, Ruth Amos spoke to the audience about the process of inventing Stairsteady as part of her GCSE Resistant Materials project and went on to take it into full production and sales.

The event was held during Global Entrepreneurship Week to highlight Britain’s manufacturing’s heritage built on brave risk-taking and pioneering industrialists. Andrew Green, senior practice expert at Gallup revealed research from the company’s StrengthsFinder to show ten key entrepreneur talents that matter and he illuminated this with a specific manufacturing based case study.

Dr Helen Meese, from iMechE addressed the issue of STEM education shortfalls and women in engineering. Keith Pickering from Pickering Test, a second generation leader of the company charted the course from his father’s founding of the business to the company’s current direct operation in seven countries. Paul Cornwell of Brighter Energy Solutions applauded UKTI’s support for growing manufacturers and cited a recent export win directly attributable to the government support agency’s services. Lee Hopley, chief economist at EEF gave a stimulating presentation and said that ‘The best of UK manufacturing is in the future, not the past!’

Dan Doherty of Cadence Innovation Marketing which conceived and produced the event explained that there would be several outputs from the Summit including a white paper and video of the proceedings but there would not be a ‘Think Tank’, there would be a ‘Do’ Tank which was met with universal approval and willing participants. The group will meet to set specific objectives and engage widely across the manufacturing spectrum from education through industry to trade bodies, the finance and regulatory sectors.

Norovirus: Stop it dead this winter